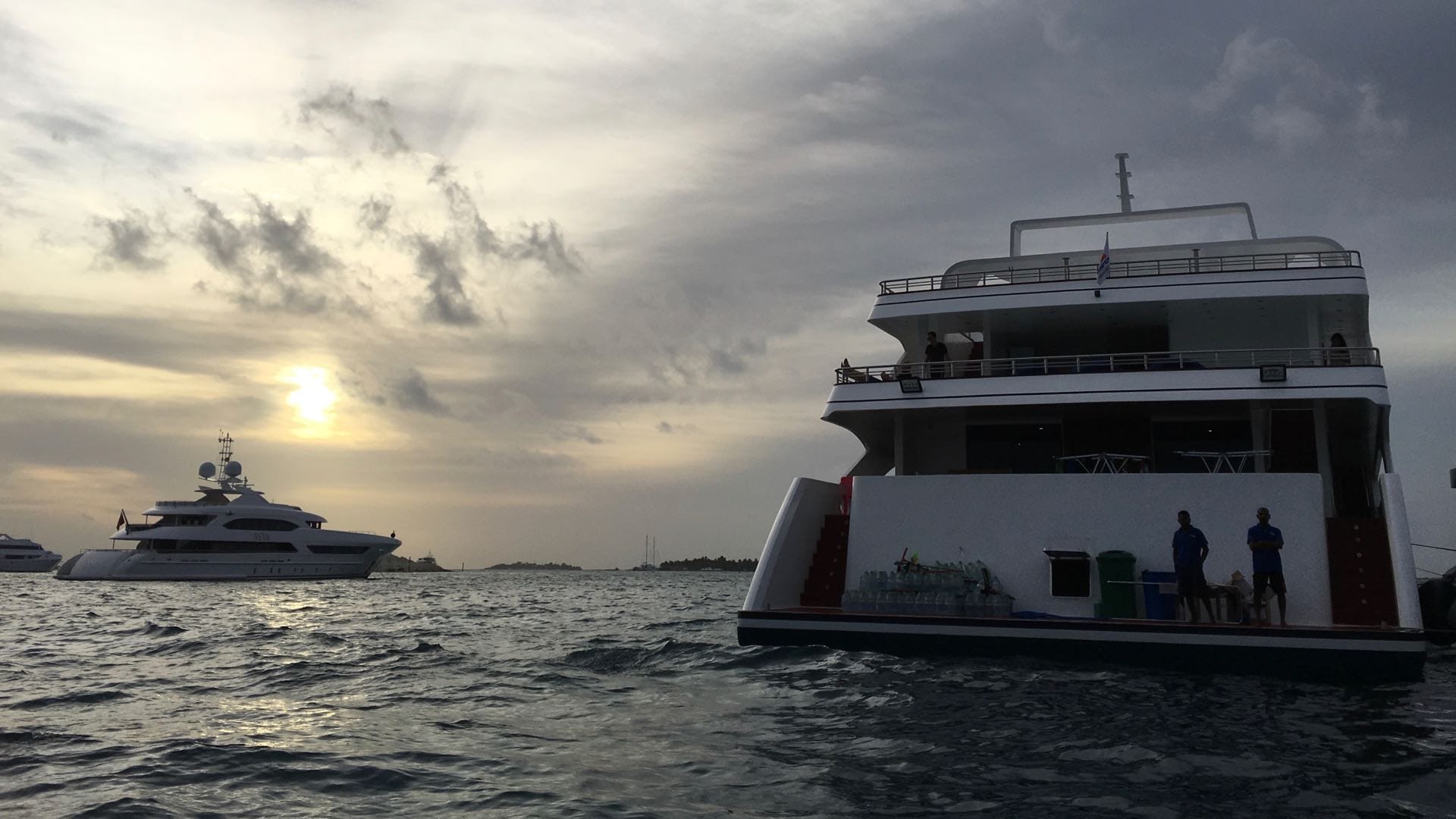 Maldives is the country of Serenity! Well... that is mostly true  if you stay on a resort or on an nice liveaboard. The capital is hectic and chaotic with thousands of scooters trying just not to knock you over and another thousands of scooters parked so that getting on the sidewalk or getting of it  is just impossible. You might think I want to put you off here, but no, I just want to  let you know how much we are ready for it . . . Serenity. So if you call your liveaboard the Emperor Serenity, you have just created that expectation but even added some greatness  (Emperor) to it.  Let's see if they can deliver on both fronts. We, at least, are open for that change after a week of Malé. 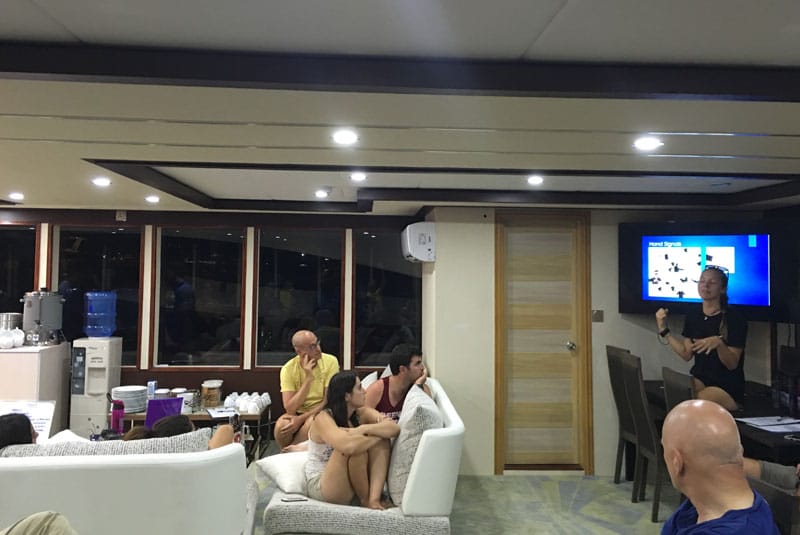 Emperor Diver is pretty much British managed and as such of course we were awaited by the staff of the Emperor  Fleet to bring us perfectly on time to the Serenity. Immediately they grabbed the major part of our luggage and we just had to follow to the dingy with some light bags. A small boat ride and we arrived to the Serenity where we checked in.  We did all the paperwork at ease and got a very thorough briefing (with some humour) from Stina and Craig ,the two foreign instructors onboard, They basically told us all we should know about the boat and diving from it and perhaps even a bit more. Must say that we appreciated this as they knew we are living and working in the dive industry for a lifetime and anyway they took the effort to make sure we are all on one line. Professional without any doubt.!

It was followed by a longer briefing for all the guest and again have to mention that it was very complete correct and sufficient. It reviewed some basic diving rules, hand signals as well as all the do's and don't s. Honestly compliments Emperor,  all very well done. Could not think of anything that should have been added and it was all brought seriously but at the same time smooth and easy.

We learned in the mean time that the major part of our group was from Israel and we, the happy leftovers belonged to UK, Germany, Russia and Holland. All friendly group of people looking forward to make some great dives in Maldives, despite the recent weather . Spend some more time discussing the rest of the world with Bernie, the Emperor Maldives manager,  before realising that there was not much more night left.Tomorrow is another day and I will let you know more! Looking forward to that, but know focussing on our 4 hour sleep ... well, should say probably power nap.