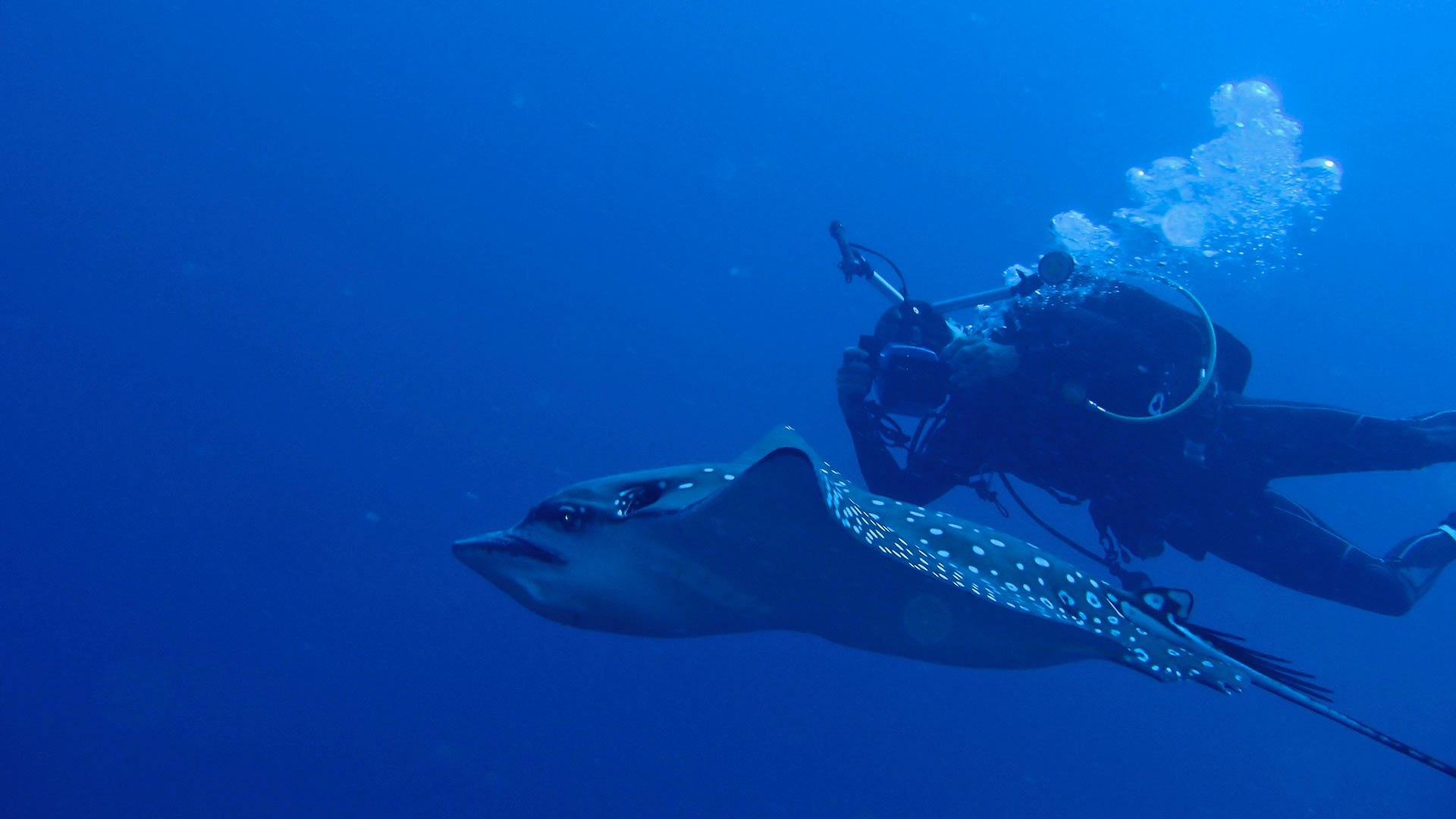 In the early days of diving only very few people were involved in filming underwater. Equipment was heavy, very costly and complicated and so you needed quiet some energy, money and skills to capture something nice. As it was this rather difficult, the ones that were pursuing this hobby created often rather pleasant to watch underwater movies. Probably more thanks to persistence than the equipment used. In recent years the technology went very much forwards and without the above handicaps you can now easily shoot footage underwater that is far superior.Think about all these action camera’s or cheap compact camera’s in plastic boxes. In all honesty though I have to say that the end result is often much less pleasant than 20 years ago. The thing is that, even though the technology is rather advanced, without a bit of tactics your footage might still end up way below 1980 level.

The effect of your final movie is so much greater if there is some kind of a story going on. It does not have to have a Hollywood blockbuster, but if it is just a collection of shots, it will be rather hard not to fall asleep. So, before you start, think a bit about the flow of your movie. It just looks better if e.g. you see a sunrise, people getting a dive boat, some part of the equipment assembly and a giant stride into the water before and maybe after an ascend and happy faces on the surface. Even if you do not want to see divers in the movie, be creative and follow some small story line.It will make a great difference.

There are some claiming that a bit of movement is “realistic” but mostly people don’t like wiggly movies. It is not easy to keep the (nowadays small) camera steady underwater as you are already busy with many other things. Anyway, every time you believe you are going to film something great, put in some extra attention on keeping the thing steady, it will greatly improve the end result.

Don’t move the direction of the camera too much

Though we move our heads continuously in normal live, the image that our brain receives seems always to be calm. With film it works rather different. If you move the camera every shot from left to right or up to down, your audience will get seasick. Shoot mostly in one direction and sometimes, only if the shot really really asks for it, move the camera.

We swim above the bottom and look at fish often from above, but . . . that is not working out very nice on film. Try to be on their depth and look them in the face. Even a bit deeper can give nice effects because of a surface on the background.Helicopter view . . . not working well underwater.

Make sure it is clear what you are filming

The current action camera’s e.g. are all filming in very wide angle. This means that if you are filming a clownfish from two meter distance, you might as well film a needle in a haystack. Though it is nice to create overviews, if your subject is a fish, try to be close to the fish so that your audience will understand that it is about this fish without you having to move to the screen and tell what was there.

Avoid zooming in during a shot

Zooming can be a great tool, but also very annoying. If possible use it very sparely during shooting. Often it is nicer to have a shot of fish followed by one of his head only without seeing the in between zoom that maybe was necessary. If you can it is always better to come closer to the subject instead of zooming, but sometimes these fish are not so cooperative.

If you find something interesting underwater, try to make a shot from distance that shows where this animal lives, a shot from medium distance where you can see the whole animal properly and if possible from more angles and finish with some close ups . . .if you can get close enough. Doesn’t work out always, but if you are lucky you have much better options in making a great movie.

Even though you might only use a short clips in your final movie, it pays of to shoot things a bit longer. Often the start of a clip might turn out to be a bit shaky and also if you film something a bit longer, something might happen. I often think about how long I would like to have a shot, then make the shot for approximately the double time (counting silently inside my head).

Don’t get TOO MUCH footage

Now it seems very popular to put the GoPro on before the dive and switch off after the dive. True, you might not miss much during the dive, but, mama mia, what an effort to find all the nice stuff in that endless shot. It probably can be done effectively, but most people will struggle to get all that heavy footage viewed and select these 5 nice seconds somewhere. Just not the way to go if you care about ending up with an edited movie.

There is definitely much more to learn and improve, but these simple steps will already increase the success of your filming very much. Keep it simple, move steady forwards and soon you will amaze them all with your movies.

At the end all this is nothing more than simply caring, common sense, anticipating, putting a tiny bit of effort and getting big results. Similar to many other things in live . . .

We use cookies on our website. Some of them are essential for the operation of the site, while others help us to improve this site and the user experience (tracking cookies).

You can decide for yourself whether you want to allow cookies or not. Please note that if you reject them, you may not be able to use all the functionalities of the site.